What better place to delve into African-American heritage than Home of the Civil Rights Movement? Atlanta is a city with a turbulent but ultimately persevering past, evident in the neighborhoods, people, and spirit that have helped shape the city we know and love today. Roundabout Atlanta Tours & Transportation goes further than any other tour operator, allowing you to fully experience the historical and cultural significance of our groundbreaking city.

A Taste of What You'll See

* You will see these destinations and more! Click here for full itinerary (3-4 stops included).

We offer special rates for groups of 8+ people. Please get in touch to discuss.

You will be accompanied by a professional local tour guide.

Walk in the Footsteps of Great Leaders

As home of the Modern Civil Rights Movement and the final resting place for many great black leaders, it is no wonder hundreds of tourists flock to Atlanta each year to uncover its rich culture and history. Join us as we ​showcase some of the city’s most iconic and significant African-American neighborhoods and landmarks. Roundabout Atlanta goes further than any other tour company in the region, taking you through Historic Sweet Auburn Avenue, The West End, Castleberry Hills, Vine City, Atlanta University Center, Downtown Atlanta, and many other popular sites. We’ll also take the time to explore the city’s very first black millionaire Alonzo Herndon, Tyler Perry Studios, as well as Dr. Martin Luther King, Jr.’s birth home and last residence.

In Atlanta, you’re always in good company. Our city has close ties to many great African-American leaders and activists, past and present, such as W.E.B Du Bois, Madam CJ Walker, Booker T. Washington, Stokely Carmichael, Maynard Jackson and many, many more. Despite its past challenges, Atlanta is a vibrant city that has emerged as a center for black culture, education, political influence, and business — a testament to its power, strength, and undefeated spirit.

Our Black History & Civil Rights Tour has 3 stops. We pride ourselves on being flexible, so if you’d like to stop at a particular destination, please don’t hesitate to let us know. We’ll do our very best to accommodate you.

**Hop-off stops vary due to certain sites operating only on select days or times.

We definitely make a lunch stop during the tour, which is not included in the tour price. Please bring some extra money for lunch. We provide water throughout the day.

Unfortunately, hotel pickups have become challenging and time consuming on a variety of issues. The influx of weekend travelers from Thurs-Monday, film shooting, and Downtown Peachtree Street Alteration by the city of Atlanta has been terrible. So we’re now picking up at these meetup locations to save tour time.

Yes, we meet up at  Atlanta Marriott Marquis Hotel. Pick-up locations must be chosen at the time booking.

Availability changes daily, and we suggest you place reservation as soon as you have confirmed your travel dates and times.

Yes! We will gladly place a courtesy call/or text to remind you of your reservation at the time of, a few hours before, or the day before your pick-up. Please let us know at the time of booking.

Have more questions? Check out our FAQ page!

This was an amazingly informative and enjoyable tour. Our guide’s presentation was conversational, not scripted. I HIGHLY recommend this tour for anyone who is interested in Black culture and Civil Rights history of Atlanta.

This tour was incredible !!! Omar is like the best history professor you’ve ever had…. Fun and entertaining while you are learning everything about black history and the civil rights movement in Atlanta.

The atlanta black history & Civil right tour was very informative . The tour guide was very nice. Atlanta is so rich with black history. I recommend this tour to anyone who is interested in the history of our ancestors as well as the city of Atlanta. Thank you.

Looking for Something Else? 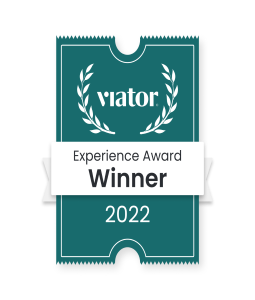